An 11-song collection of sadly-optimistic indie folk love songs, from the perspective of a semi-depressed robot botanist...

It's Andrew Rodger and Stop Yelling's newest album, The Robotanist.

Available on Bandcamp and everywhere you stream your music.

“The notes fall like raindrops on the leaves in the forest of the Robotanist!!”

Inspired by the story-telling of Willie Nelson's Red Headed Stranger and the songwriting style in The Beatles Get Back documentary, Canadian indie folk singer-songwriter Andrew Rodger created The Robotanist album.

Recorded in his home studio from early January until mid-April (2022), this 11-song collection of sadly-optimistic tunes, tells Andrew's personal stories of loves lost and loves found, heartaches, heartbreaks, and the return of hope and happiness.

Andrew has always described his indie folk music as “sadly-optimistic” and The Robotanist maintains that signature style for which he is best-known.

While many of the songs created during his almost 30-years of songwriting touch on his own personal struggles or anguish from a particular event, he always attempts to keep positivity somewhere in his lyrics. Never knowing who may hear the songs, what they are going through or what they might take from it, Andrew's goal is to help others through his music.

At a time in his life when he can honestly say that he is feeling happy (most of the time!), Andrew still wasn’t about to write the "I am Happy" song just yet... So, his Robotanist character became the perfect foil for balancing his past and present every day struggles and joys. Who better to tell sadly-optimistic tales, than a semi-depressed robot botanist? 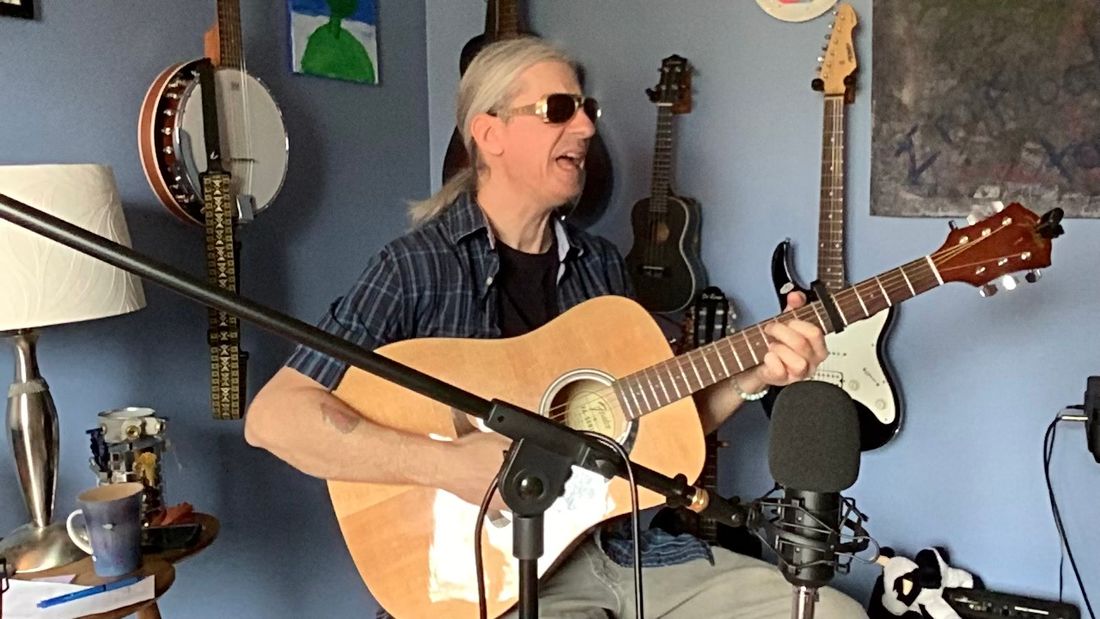